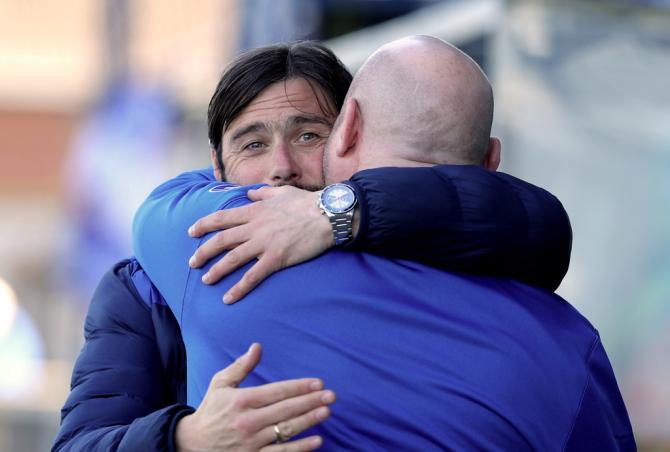 Gary Hamilton and David Jeffrey embrace before a game between Glenavon and Ballymena United.

Glenavon and Ballymena United go to battle at Mourneview Park on Saturday with the Lurgan Blues hunting down the Sky Blues for a place in the top six.

Just three points separates the sides going into the game, with Glenavon having a game in hand.

As part of our build-up on Your Lurgan, here's five stats worth knowing before the big game, which you can see on 247.tv/niprem for £5, and free if you are a season ticket holder.