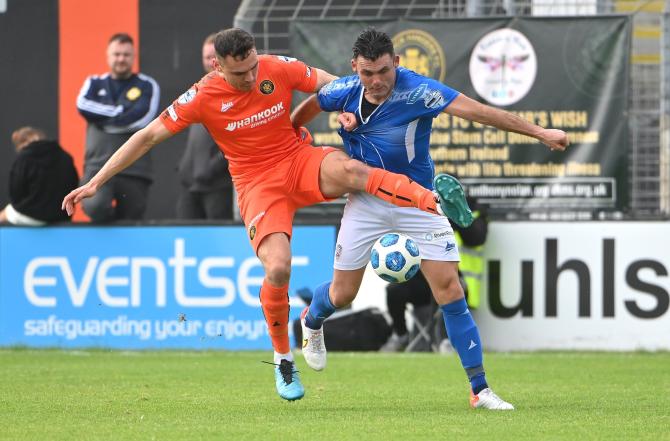 The Northern Ireland Football League (NIFL) has confirmed that Glenavon's 4-0 defeat to Carrick Rangers is to stand after the game was abandoned last weekend.

The Amber Army had led 4-0 through goals from Daniel Kelly (2), Lloyd Anderson and Corey McMullan, but was cut short on 71 minutes following an injury to Carrick defender Lee McNulty.

After a lengthy delay, McNulty was stretchered off the pitch with a dislocated ankle and referee Shane Andrews abandoned the game following consultation with both sets of players.

McNulty – who enjoyed a six month spell at Mourneview Park last season – was wished a speedy recovery by Teer.

“I spoke to my opposite number at Carrick Rangers, Peter Clarke, after the abandonment of the game,” Adrian said.

“I made it clear to him that there was no prospect of Glenavon appealing to have the game replayed or have the outstanding 19 minutes of the match played.

“Once again, on behalf of all of us at Glenavon Football Club, I'd like to express our best wishes to Lee and wish him a speedy recovery.”

The result was confirmed by NIFL this afternoon with the governing body stating the decision was made under Rule 26 (b) of the NIFL Premiership Rules & Regulations 2021/22.