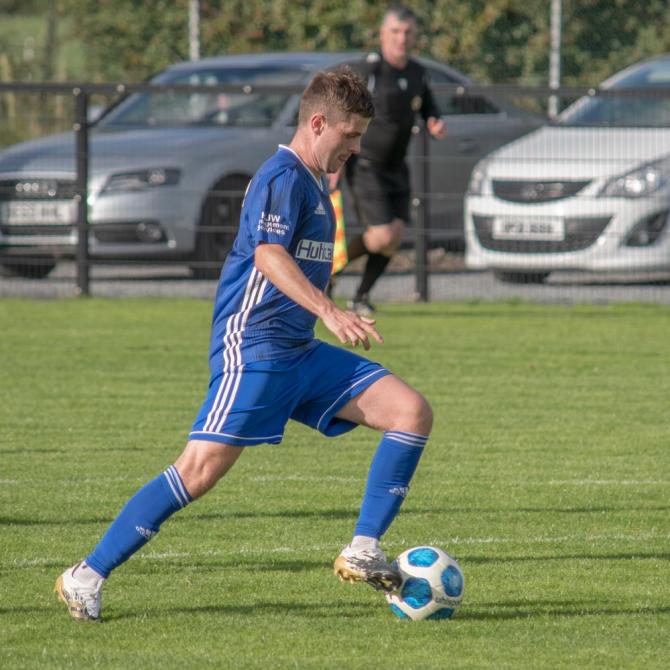 Dollingstown manager Stephen Uprichard believes his side scored at the right times as they reached the final of the Bob Radcliffe Cup.

The Dollybirds secured their spot in showpiece decider after a 4-1 win against Dungannon Swifts U20 last weekend.

A brace from Jonny Ewart and solitary efforts from Gary Liggett and Mark McCabe sealed the victory against the Swifts.

Their opponents will be Armagh City who beat Rathfriland Rangers in the other semi-final.

“We are very delighted with the win,” said Uprichard.

“Dungannon were very young but a good side who will have players who will play Irish League football.

“We knew what to expect from them as they were good on the ball, had pace in wide areas and were dangerous.

“On the day, I thought we edged it and scored goals at crucial times.

“Despite them having more possession, we hit the post, hit the bar and created other chances and we had to dig in at times to keep them at bay.”

Dollingstown won the competition back in 2016/17 but Uprichard concedes his troops will go into the contest on December 27 as underdogs.

“During my time in football, I’ve probably had more lows than highs in this competition so hopefully that changes.

“We know we will be going it as big underdogs as Armagh have beaten us reasonably comfortably in our two fixtures so far this season.

“However, anything can happen in a cup final. We know we have to improve, not to concede any chances and score when we create opportunities.

“We are delighted to be through to the final and it gives us something to look forward to.”

A venue and kick-off time for the final is yet to be confirmed.