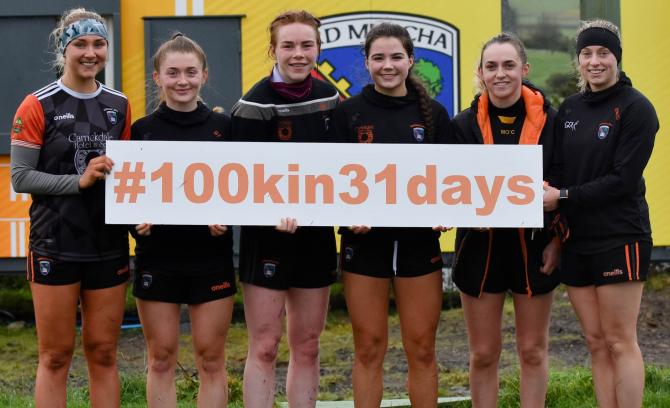 ULSTER champions Armagh will get their condensed NFL Division Two campaign underway by hosting Tyrone on February 13 after the LGFA’s failure to restore the traditional format featuring seven rounds of regular league games.

Instead, each division of the National League is again being split into two regionalised groups of four, so Armagh are set to start their bid for promotion back to the top flight with Ulster derby battles against Tyrone, Cavan and Monaghan.

The makeshift format was an acceptable practical compromise for the 2021 season as the lengthy coronavirus shutdown at the start of this year meant the campaign couldn’t get underway until late May and time was limited.

However, with no such delay envisaged this time, albeit the recent emergence of the Omicron variant of Covid-19 could change that, the men’s National League has been restored to a full fixture list, preceded by the return of the McKenna Cup next week.

Armagh skipper Kelly Mallon and vice-captain Sarah Marley have been among the voices calling for the LGFA to rethink its intention to continue with a condensed competition, but their appeals have fallen on deaf ears.

They hoped that change to the governing body’s previously published draft masterplan could be brought about at a Central Council meeting last Tuesday evening, but it appears the unpalatable proposals went through with no meaningful discussion.

Dividing up teams on geographic grounds can create imbalance between groups in terms of relative strength and fewer fixtures will limit the scope to give game-time to fringe players without jeopardising results and Armagh’s all-important promotion push.

With county teams permitted to commence collective training as of December 12, players are left facing nine weeks of pre-season before the opening NFL fixtures in mid-February, a fortnight later than usual.

That gives Mallon more time to recover from the broken leg she sustained playing a club championship camogie match in the autumn and allows Marley to focus on her January rugby commitments with Ulster Premiership side Dungannon.

In spite of those considerations, both had expressed preferences for the start of the season being brought forward to accommodate more matches, a position supported by Armagh LGFA Chairperson Sinead Reel, who has just been re-elected for a fifth year at the helm.

Marley has canvassed views of fellow footballers from other counties and reports a consensus in favour of restoring the traditional NFL format, but the Gaelic Players Association has shown no obvious willingness to fight for members in relation to this issue.

Alternatively, National League sponsors Lidl might have put pressure on the LGFA by threatening to slash their financial commitment if a full set of fixtures doesn’t take place but that doesn’t seem to have happened and, anyway, the pandemic could have the last laugh.

As things stand, the Orchard crew will start off with two home matches against Tyrone and Cavan on consecutive Sundays in the middle of February followed by a short trip to play Monaghan on March 6.

That is a reversal of venues from the northern region group games this past season, when Armagh were away to the Red Hand and Breffni teams either side of hosting the Farney women at the Athletic Grounds.

A last-minute penalty by Aimee Mackin gave Armagh a one-point victory over Tyrone at Healy Park in the opening game but they were subsequently beaten by the same margin by both Monaghan and Cavan so failed to reach the cross-over semi-finals.

However, the orangewomen comfortably beat Tyrone, Cavan and Monaghan in championship matches this summer so will be tipped to reach the semis, which are scheduled for March 19 with the divisional decider fixed for April 10.

Meanwhile, Armagh LGFA’s January Fitness Challenge will get underway this Saturday, with those entering having the target of completing 100km in the 31 days of next month by running, walking or cycling.

Along with offering a welcome chance to work off the excesses of the festive period, taking part in the initiative, which has local company McShane Packaging as headline sponsor, will raise funds for the Orchard county team and also benefit several charities.

Some of the proceeds will go to PIPS Hope and Support, Crossmaglen Community First Responders and ‘Time2Play – James Reel Playpark’ and anyone interested can sign up through the Klubfunder website or check out Armagh LGFA Facebook for more details.