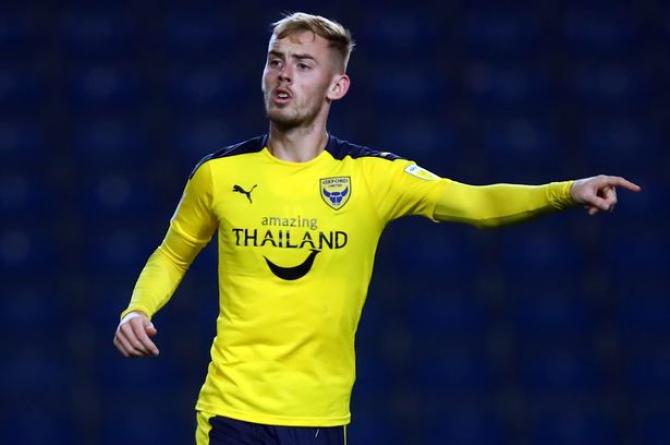 Mark Sykes has been linked with a move to Huddersfield Town.

Former Glenavon player Mark Sykes has been touted for a move to English Championship side Huddersfield Town.

The midfielder has been in fine form at his current employers Oxford United this season, making 26 appearances and scoring eight goals in all competitions.

The 24-year-old made the move to the Kassam Stadium in January 2019 from Glenavon and has made steady progress under Karl Robinson’s tutelage.

However, according to several media reports, the former Northern Ireland youth international could be set for a move to West Yorkshire as he only has six months left on his current contract.

Oxford United boss Robinson stressed that he wants the midfielder to remain at the club for “a very long time” despite the reported interest.

“It’s always difficult, but we’ll be very hard in negotiations,” he said.

“We believe we have good players and we believe people like him need to be part of the football club moving forward.

“We want Mark Sykes to stay here for a very long time.”