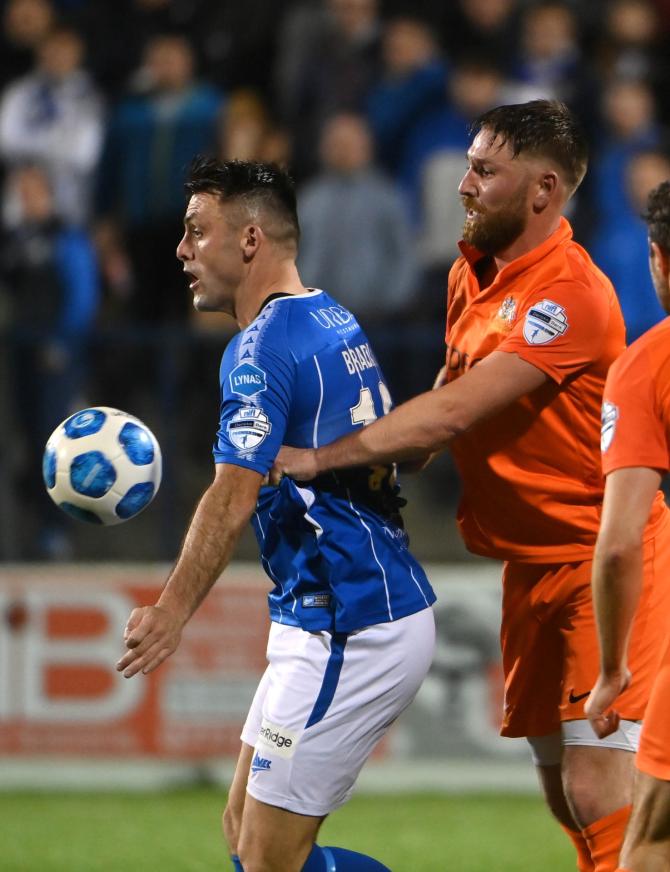 Stafford made the switch to the Lurgan Blues in the summer from Linfield but his six-month spell comes to an end as he re-joins Ballinamallard United.

Goalkeeper Brown also joined Glenavon in the summer but he will return to his former stomping ground at Queen's University.

Meanwhile, Ross Hunter has gone on loan to promotion-chasing Annagh United on loan for the rest of the season.

Speaking after Glenavon's win against Dungannon Swifts last night, boss Gary Hamilton said: "We brought Mark in from Linfield at the start of the season and he had a knee operation, meaning he was a wee bit behind.

"His game time has been limited due to the form of Calum Birney, Andrew Doyle, Danny Wallace and we have Mark Haughey back.

"He wanted to just go and play and we are all covered there at the minute as Sean Ward can cover.

"I had to be fair to him and he's decided to move to Ballinamallard and I'd like to thank Mark for his professionalism and any time he has played, he hasn't let us down.

"Declan Brown has also decided to move on and will be joining Queen's.

"We hope to announce the signing of a goalkeeper in the next couple of days as we've already something lined up, but until that's signed and sealed, I won't be saying anything about it.

"Declan is moving on but we will have a goalkeeper in the next couple of days which we will announce when it's signed and sealed."

Both players spoke to Glenavon Media after the news was released by the club this morning.

Declan Brown said, "I would like to thank everyone at the club for the opportunity and also the coaching staff for it.

"I just felt it was time to move on – at my age I just wanted to play a bit more.

"I would’ve loved to have been here at a younger age to stay for a bit longer and learn as much as I could off Jonny and all the boys round me, but unfortunately it’s not my time, and I’d like to thank everybody at the club for having me and I wish them all the best in the future."

Meanwhile Stafford added, "I just want to thank Adrian, the board and Gary for giving me the opportunity to play for Glenavon.

"It just hasn’t worked out obviously and I haven’t got playing as many minutes as I’d have liked. It’s just one of them things in football, I’ve been very lucky in my career to have played a lot of games, so I can’t have too many complaints.

"Football doesn’t owe you anything. I came here and gave it my best and it hasn’t worked out, so I’m looking forward to the new challenge and I wish Glenavon and all the other boys all the best for the rest of the season."