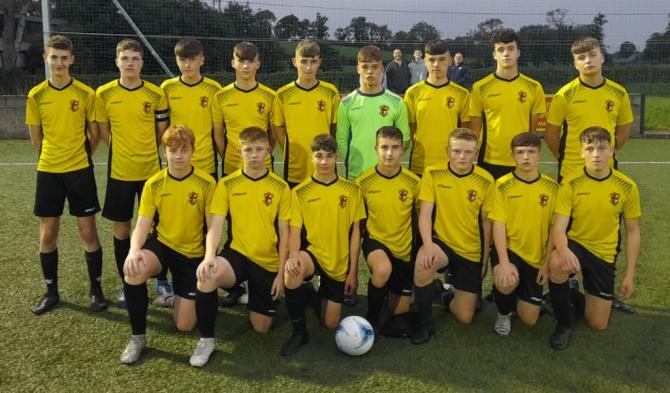 Lurgan 05's battled to a goalless draw against Dunnaman.

Lurgan 05’s played Dunnaman at Lurgan in the League on Saturday (January 29).

Coming into the match, Dunnaman were top of the league and it was a very tight contest in the first half. There was a strong wind throughout the game which made play very difficult. Dunnaman had the better of the chances in the first half but it was 0-0 at half time.

Overall, it was an extremely tight, competitive game with unusually little goalmouth action – Lurgan had a couple of good free kicks into the box but had no clear chances of note. The visitors squandered some good chances from crosses into the box but the Lurgan defence did very well to keep Dunnaman out.

The match ended 0-0 – a terrific result against the league leaders. Massive credit to the boys for taking points off the season’s top team so far.