Two second-half goals do the trick for Glenavon 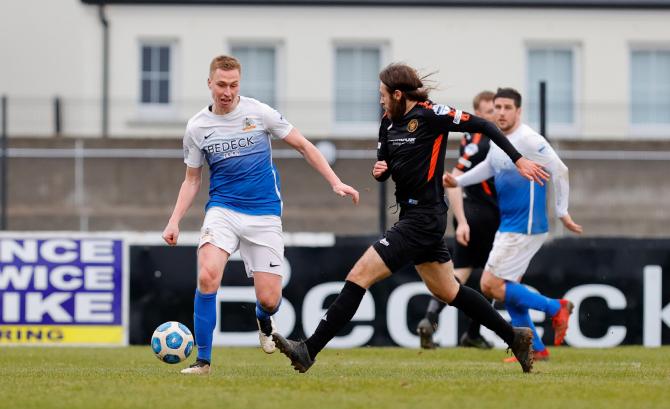 Two goals midway through the second half helped Glenavon pick up an important three points at home to Carrick Rangers.

The win puts Gary Hamilton's side into pole position in the battle to secure seventh spot - if a top six place can't be achieved - and with it a European play-off spot.

A lively start saw Matthew Fitzpatrick test Aaron Hogg with a header from Michael O'Connor's cross but that proved to be something of a false dawn in a game that produced few other chances of note until Tom Scully's 38th minute 20-yard free-kick which went just over at the other end.

The second half was a much more creative affair in front of goal, with Calum Birney coming close early on when he flashed a header just over from Peter Campbell's free-kick.

Carrick had a chance not long after through David Cushley who beat the offside trap to run through and take the ball around keeper James Taylor only for Birney to clear the danger off the line.

The deadlock was broken on 66 minutes when Fitzpatrick found space at the far post to turn home another Campbell corner.

Then, just over ten minutes after that, James Singleton made it 2-0 with a clinical finish from outside the area into the bottom corner after the visiting defence failed to clear an attack.