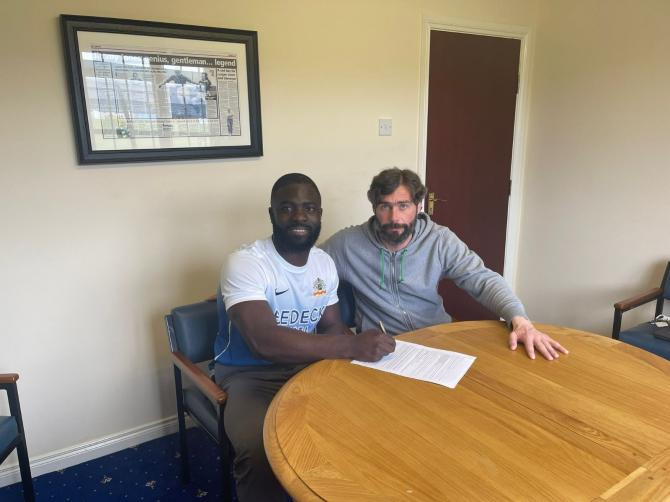 Glenavon have confirmed their second capture of the summer transfer window.

The Lurgan Blues announced the arrival of Sodiq Oguntola from Bluebell United.

The 29-year-old from Swords, who has been on the books of Athlone Town and Shelbourne in the League of Ireland, comes highly recommended by Tony Grant and Shane Dolan, who supporters may remember had a career in the Irish League with Ballymena United, Warrenpoint and Portadown.

Boss Gary Hamilton told Glenavon Media: “He comes with a good recommendation and he’ll provide a physical element to our attack which we have been lacking for a while."

Meanwhile, there has been a confirmed departure from Mourneview Park as 'keeper James Taylor joins Bangor.

As we reported a few weeks ago, Glenavon have already confirmed the arrival of Rory Brown between the sticks after a spell at Glentoran.