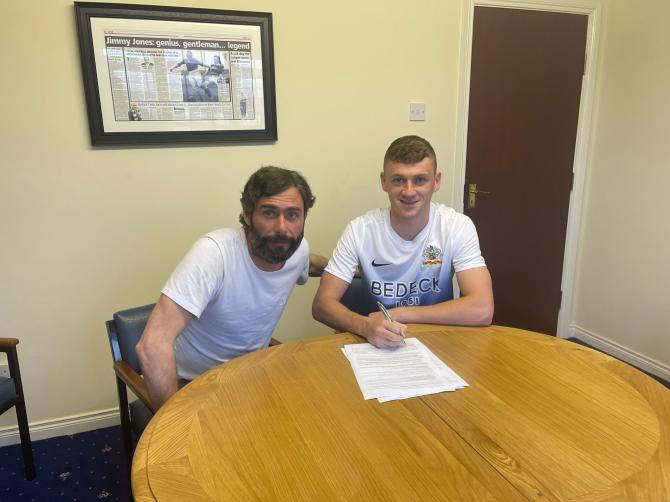 Glenavon have completed a deal to sign Conor Kerr from Loughgall.

The full-back had been widely tipped for a move to Mourneview Park and the move has now been completed as the 22-year-old put pen-to-paper on a two-year deal.

Glenavon have signed right back Conor Kerr from Loughgall on a two-year deal.

Speaking to Glenavon media the right back said, “I’m buzzing to be here. When I heard Glenavon were interested in me it was a very easy decision to come here.

“Peter Campbell, who was also at Loughgall, has come here and has been fantastic so that’s goal I’m aiming for.”

Glenavon boss Gary Hamilton added: “Conor’s been someone we have been looking at for a while and I’m delighted to get him here.

“He’s someone who has excited me and someone who is such a young age has played over 150 games.

“We’ve watched him at one on one defending, which for me is the most important aspect of being a full back, but he can make things happen going forward.”