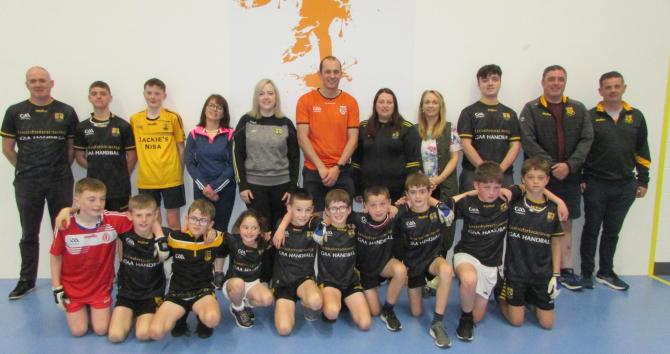 The handball tournament proved to be an extremely enjoyable day.

Last Sunday's special invitational handball tournament held at Clann Eireann in the Lurgan club's superb state of the art new community and sports hall, brought teams and individuals from all over Ulster.

The event which according to organiser and local legend Charlie Shanks will "certainly not be a one off", was run with precision with boys and girls providing the opening action before the seniors took "centre court".

Charlie Shanks said: "I would like to thank all those who took part, all the parents and coaches and Clann Eireann".

The huge hall at Lake Street was sectioned off with three games being played as the competitions progressed.