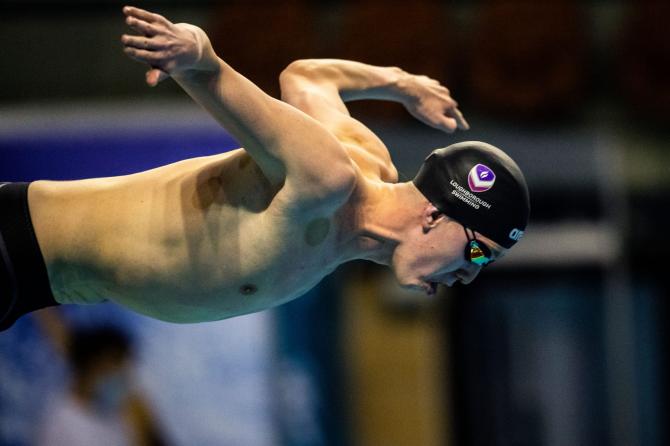 Bethany Firth and Daniel Wiffen crowned an outstanding week for Northern Ireland in the pool as swimming came to a close at the Birmingham Commonwealth Games this evening.

Paralympic and World Champion, and World Record holder in the S14 200m Freestyle Firth, was first on the blocks. The outcome was never in doubt as the 26-year-old lead from start to finish, touching first in 2:07.02. The Ards swimmer now has Paralympic, World, European and Commonwealth Gold in the event.

Wiffen was racing in the 1500m Freestyle Final where he took almost six seconds off his Irish Record to win silver. Wiffen had only broken 15 minutes for the first time at the World Championships in June in 14:57.66. Tonight, the 21-year-old swam 14:51.79 to finish just behind Australia’s Sam Short in 14:48.54. The pair were the only ones under 15 minutes with England’s Luke Turley third in 15:12.78.

In the 50m Backstroke Final, Danielle Hill closed out her Games with a seventh-place finish in 28.29 seconds. Hill had an impressive week, with four semi-finals, three finals and a new Irish Record in the 50m Freestyle, reiterating her position as Ireland’s fastest ever female swimmer. The 22-year-old now travels to Rome for the European Championships starting on Thursday 11th August.