Armagh Camogie on the cusp of All-Ireland Success 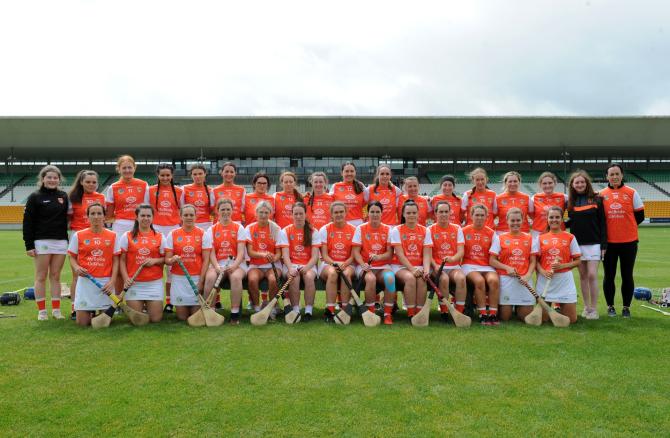 The Armagh Senior Camogie team are about to enjoy their third All-Ireland appearance in as many years – however, Armagh are seeking only a positive result on the day to avenge for their loss to Wexford in last year’s final

Jim McKernan’s side are set to play Antrim on the 7th of August in the All-Ireland Junior Camogie Final in Croke Park, although, this will not be the first time that these 2 teams have came up against each other this year. Armagh played Antrim in the group stages of the Championship earlier in the season, a game that finished with the finest of margins, Armagh coming out on top by just 2 points.

Armagh defeated Ulster rivals Cavan in their Semi-Final in a repeat of the 2020 All-Ireland Junior Final. Jen Curry scored 1-3 on the day to help her team return to the Final in HQ with teenager Sinead Quinn (0-2) Michelle McArdle (0-2) Ciara Donnelly (0-3 frees) Ciara Hill (0-1) Ellie McKee (0-1) and Leanne Donnelly (0-1) returning the remaining scores .However, it took 130+ minutes of Camogie to decide their opponents, as two periods of extra time were needed for Antrim to overcome the challenge of Clare, with just a point splitting the sides.

Armagh have a strong mix of youth and experience in their team with a number of the players having been part of the 2016 team that fell at the final hurdle in Croke Park to Carlow, a defeat that the Orchard County knew had been a game left behind. Mixed with the new-comers to the squad they, on their day, can present a stern challenge to any opposition. After their 2016 disappointment a lean period followed for Armagh who eventually team saw national success in 2020 in a revised Premier Junior Championship, and their 2020 success has marked a resurgence in the fortunes of the Orchard camogs. Their 2021 season saw them get past all the teams in their national league and championship bar the cailini from Wexford who inflicted a triple of defeats, including their heart-breaking defeat in last year’s decider.

Their 2022 season has brought just one defeat in their opening league match against Cavan but there has been very little separating the sides at the end of both their encounters with their main Ulster rivals from the Lakeland County and the Glenswomen. McKernan and his charges know that they will need a massive performance to defeat a transformed Antrim side to take the title.

Armagh is led by Madden’s Gemma McCann and Ballymacnab’s Michelle McArdle who both impressed in the semi-final. McCann who is a solid force in defence states “we know that we have to be on our A game to get past Antrim who have strength all across the pitch, they have a fast and skillful forward line and we know that Armagh’s defence will be facing a severe test”.

Her counter-part McArdle agrees: “Yes, this is going to be one massive hurdle and the Antrim girls will have taken great belief and benefit from their fabulous performance in their semi against Clare. But we know we have the capability to win, if we can produce the goods on the day."