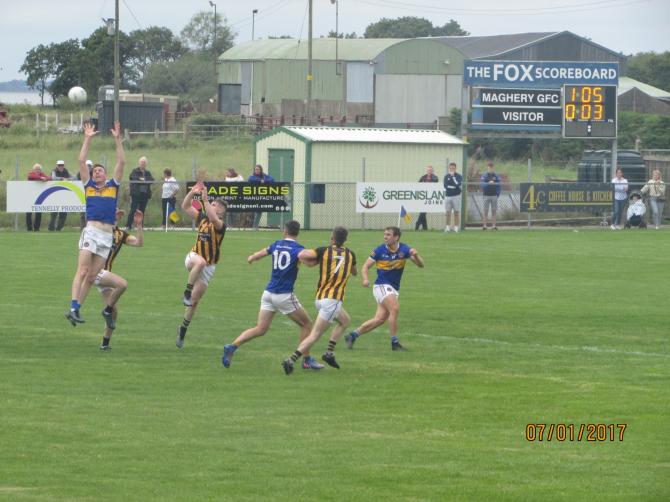 Maghery, who were highly impressive today at home to Crossmaglen, threw themselves a lifeline on the back of a 2.13 to 0.14 win will have to do it all over again on Friday night when they travel to Rangers for an all or nothing last game of the league campaign.

An away win would secure top flight status, but more importantly the Lough Shore side's form is improving at a rate of knots and they will be tough opposition once again in the championship.

Goals today from Ciaran Higgins who was superb and Kevin Robinson, galvanised a side whose transaction for defence to attack was slick to say the least.

Crossmaglen broke some form of record in the game having four players sent off with straight red cards before the end which included the returned Jamie Clarke.

Their shooting was at best erratic but with players to return they will again be a force in the championship.