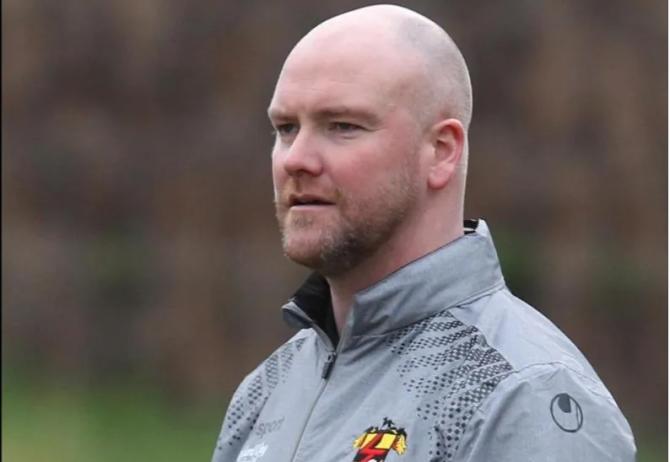 Lurgan Town boss Lee Dickson hopes that his side can take their pre-season form into Saturday’s Irish Cup showdown against Ards Rangers.

Town travel to Ards Rangers in the first round of the competition and will be underdogs against their opponents, who ply their trade in the Premier Division of the Northern Amateur Football League.

However, after confirming new signings and recording notable pre-season results, Dickson has his eyes set on an Irish Cup shock.

“It is our first competitive game of the season and we are looking forward to it,” he said.

“We have had a really good pre-season, we’ve made some good signings and a few younger players have kicked on which has given everyone a real lift.

“It is always important to test yourself at a higher level and Ards Rangers will certainly provide that.

“We got to the third round of the competition three years ago which was a massive achievement.

“We would love to emulate that but we can’t look too far ahead.”

Despite focusing on Irish Cup duty this weekend, Dickson has challenged his players to improve on last season’s league finish.

“The league and our domestic cup competitions are our bread and butter,” he added.

“We had finished third every year we were in the Intermediate B of the Mid-Ulster League but last season we ended up fourth, which meant it was a poor season for us.

“We did reach the semi-final of the Alan Wilson Cup and quarter-final of the Marshall Cup but overall we want to do better this time around.

“We will simply take it one game at a time and see where it takes us.”