McBride set to take the reins 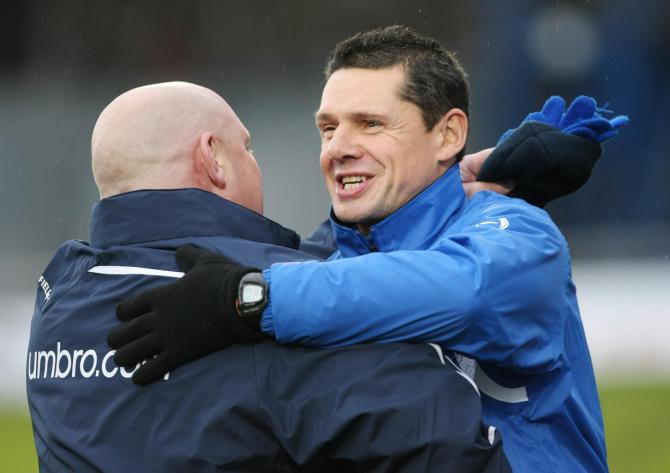 Stevie McBride insists he is relishing the return of a matchday buzz as he takes charge of Hill Street for the first time competitively.

Hill Street are on their travels tomorrow in the opening game of the new campaign as they face Caledon Rovers in Division 1 of the Mid-Ulster League.

After an encouraging pre-season, McBride, who previously managed Glenavon, is looking forward to the rough and tumble of junior football.

“I am excited to get going,” he told Your Lurgan.

“It feels as if it’s been a long pre-season but I’ve got to know the players and vice-versa.

“We have managed to get some great results against higher teams such as Moneyslane and Tandragee Rovers, but it’s all about gearing up for the first game of the season.

“We were meant to be at home tomorrow but due to the strike it has been moved to an away fixture, so we will be going there looking for a favourable result.

“I never would have seen myself back in a dugout three months ago but I was persuaded to do so and I feel like I’ve more time to give.

“I’m sure I will have a different type of buzz tomorrow when I have a pre-match breakfast and that feeling on a Saturday is something that never leaves you regardless if you’re involved or not in the sport.”

After several years out of the game, McBride acknowledged that he hasn’t set any team targets for the upcoming season and he will be looking to get know the league as the weeks and months progress.

“After speaking to the players, they believe they could have given the league a real go despite finishing third last season,” he added.

“I’ve set no targets to the players at the minute because I want to get know everyone and the league.

“All I ask is that the players commit themselves to me and I’ll do the same for them.

“I don’t think you should necessarily worry about the opposition all the time but rather focus on yourself and I’m enjoying working with the players so far.”