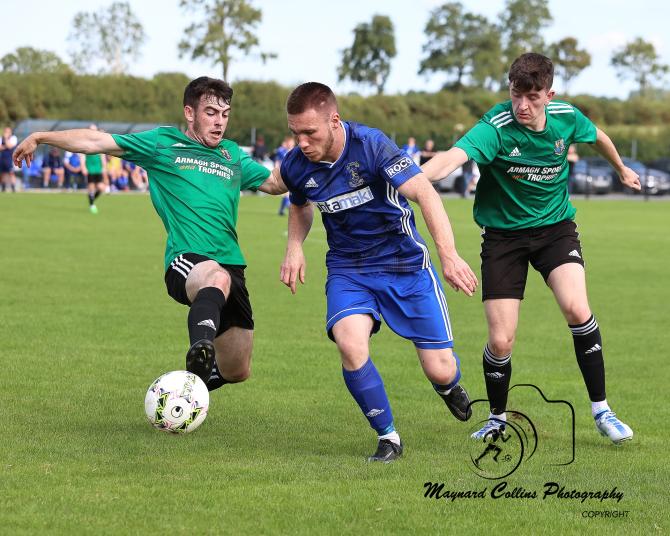 Action from the clash between Dollingstown and Armagh City. Credit: Maynard Collins

Dollingstown celebrated a derby win as they beat Armagh City at Planters Park.

The Bluebirds took the lead on 20 minutes as Nathaniel Ferris was fouled by Conner Byrne inside the box.

The resulting spot kick was comfortably dispatched by Dale Malone to break the deadlock.

Things would get even better for Stephen Uprichard’s men minutes later as they doubled their advantage.

Selfish work by Ferris yet again would be rewarded as he crossed for Mark McCabe who made no mistake.

The game was put to bed on 48 minutes as Ferris got a deserved goal to make it 3-0.

A minute later, a fourth would be added as Daniel Gordon was in the right place at the right time to add his name to the scoresheet.

The visitors would end the match with ten men as Jack Clarke received a straight red card for a tackle on Jonathan Ewart.