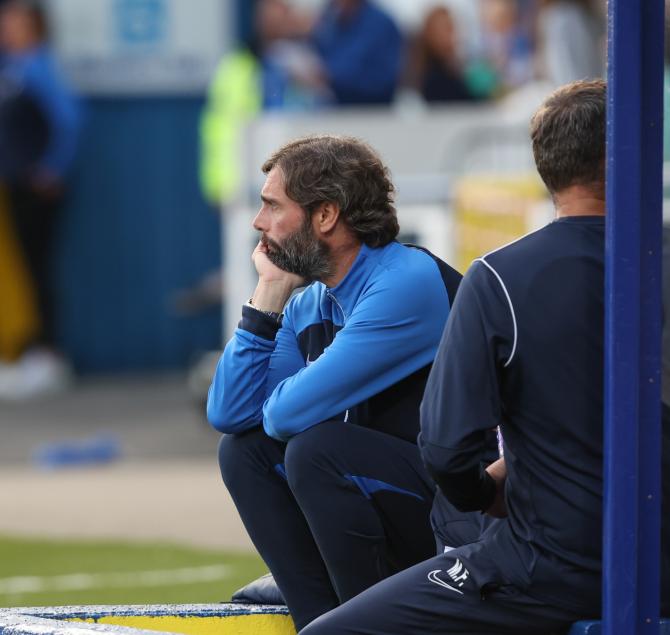 The Lurgan Blues swept to their first victory of the season last Friday night as goals from Peter Campbell, Robert Garrett and Matthew Fitzpatrick sealed a 3-1 win away to Coleraine.

However, attentions will quickly turn to the visit of promotion side Newry and Hamilton has targeted another three points.

“There’s not much point coming to a place like Coleraine and winning by two clear goals and come Tuesday night, where we play a team that I classify as a bottom six team along with ourselves, and not produce as we haven’t been good enough at home against fellow bottom six teams in our first match in recent seasons,” he said.

“I told the players that they can’t come to Coleraine and produce that performance and then drop our standards.

“We need to keep our standards at that, keep our energy at that, our pressing, our physicality and winning battles – that’s the basics of football.

“The only way you can’t do that if your attitude isn’t right or you’re not in the right frame of mind.

“If we do that, I’ve no doubt that we will get results any team this year.

A busy schedule with also see Glenavon host Carrick Rangers on Saturday but Hamilton has only his eyes set on the visit of Darren Mullen’s troops to Mourneview.

“If you look at our team now there’s energy right through it,” he added.

“The younger players are more suited to playing on 4G with the older players finding it tougher.

“I watched the Newry game last Sunday against Linfield and I thought they were really good.

“I thought they could have got something against Linfield if they took their chances at the right time.”