Pinebank attempt to land the double 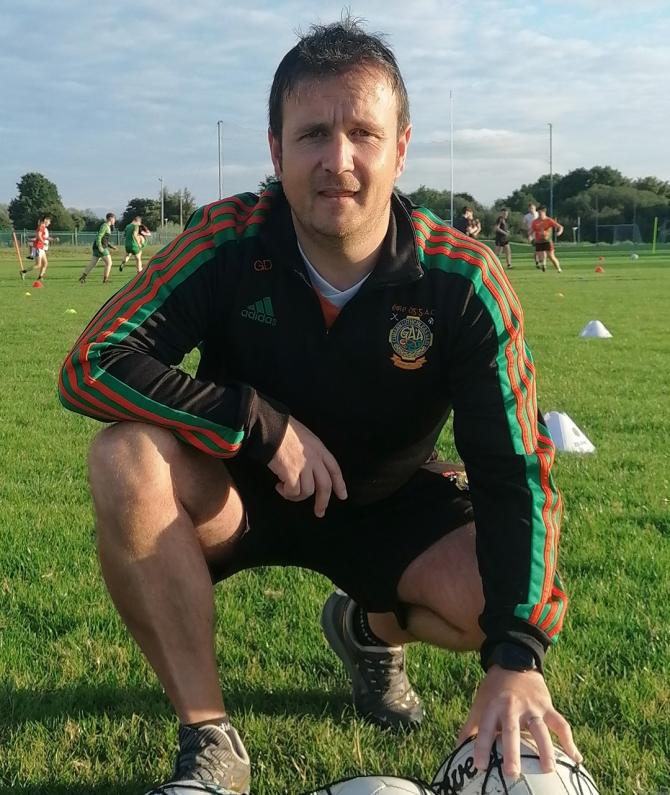 Eire Og's under 15 side will attempt to bring the Armagh Division 2 championship title to Pinebank tomorrow night to add to the Feile Shield they won earlier in the year.

Standing in the way are a very strong amalgamated side namely Naoimh Colum who have combined forces of Maghery and Grange.

But Og's manager Gerard Donnelly (pictured) who has huge experience and back up from Fergal Connolly and Steven Flannery is insisting although his team were victorious over their final opponents earlier in the season, this time the decider will be a "stand alone game".

Gerard commented "We will have a big number of fans travelling to Armagh, but we know that the game will have a life of its own, I believe we are ready for the challenge and the most promising thing from our point of view is to see the lads who have made huge improvement and are knocking on the door for inclusion".

Eire Og who are a relatively young club, will relish the final challenge, they have several players who have Athletic Grounds experience with development squads, so Gerard Donnelly is hopeful.

He said: "The lads who start and those who come off the bench are all aware that if we play to our potential we have a good shout, we know the fans are behind us, they have been brilliant all year."